Got tired of having to log into Nova each time to test client side things, such as .WS or .TRN modifications, so I've made a few modifications in Uli's old client and hacked this together. I've also modified 'ui_scene_selection.inc' slightly, to allow for an easier selection of scenes (terrain files) if you have multiple. Also mucho thanks to Uli for always being there for technical questions and pointers, regarding asm in this case! 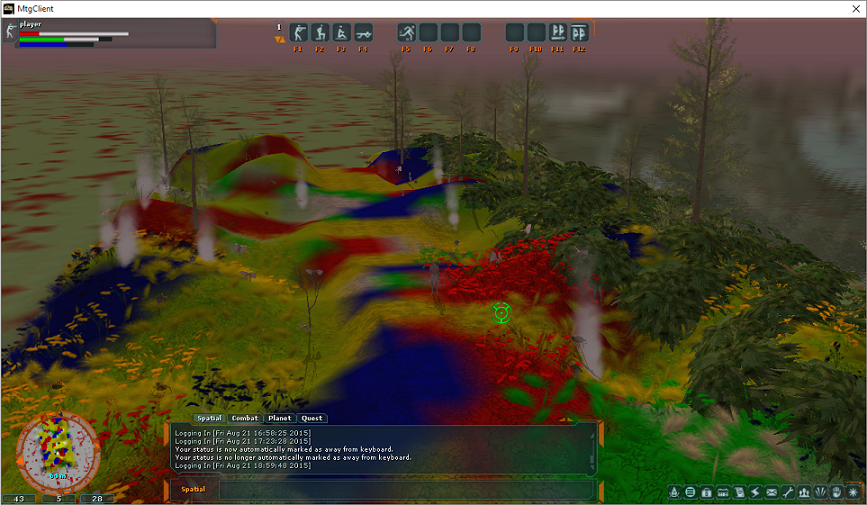 ​
What it does, is basically it enables two UI buttons that allow the user to load 'Scenes' without needing to be connected to a server and then to teleport around the planet based on a set coordinate map inside of a .txt file.

What it doesn't do, first of all, it is not a hack or can be used as such. Teleporting only works in 'singleplayer'. Secondly, 'singleplayer' is very raw and basic, don't expect to play, see mobs, fight or do anything game like. I've only made this so we have a quick access to the ingame renderer and system to easily test client side modifications or content, be it actual terrain files, snapshots, simple texture modifications, meshes, etc.

Is it possible to edit terrain height map? If so how?

589ghoster said:
Is it possible to edit terrain height map? If so how?
Click to expand...

Wrong thread? But yes, it is. Better ask in one of the threads about terrain modification.

Edit: Just realized how old that reply was, my bad.
S

Just tried it and it worked fine for me??
S

Downloaded fine for me in Chrome.

We can set up a mirror if problems persist - seems fine to me too though.
D

holy X-Wing Chewwie ! Just found this in my n00B phase of terrain editing! Thank you so much for this!
D

1. figured it out lol -> client: install in the PreCU SWG directory, that the client game directory?

2. figured it out lol -> working on a new planet, I want to use the off line editor to see the objects in the .WS file I am working on ....so do i need to go thru all the steps to add the planet, compile a new TRE... OR can i just add the files and modify - using the tool to view along the way ?

UPDATE: so I have Complied a new TRE- added to the client side file sLocal.cfg file ..... it works now- just don't have an object at 0.0 lol.

Sorry so many things from the n00bTerrainGuy
D

I created new objects and included in the same TRE with the TRN / WS file and added to the slocal.cfg file.
When loading, the Viewer Client crashes

If I remove the custom object - the client loads fine and can see TRN and WS like normal.

Note: if I have post 14.1 objects from the MTG TREs, no issue, loads / displays fine.