This standalone version of The Jawa Toolbox has been replaced by the TJT Plugin for Utinni. 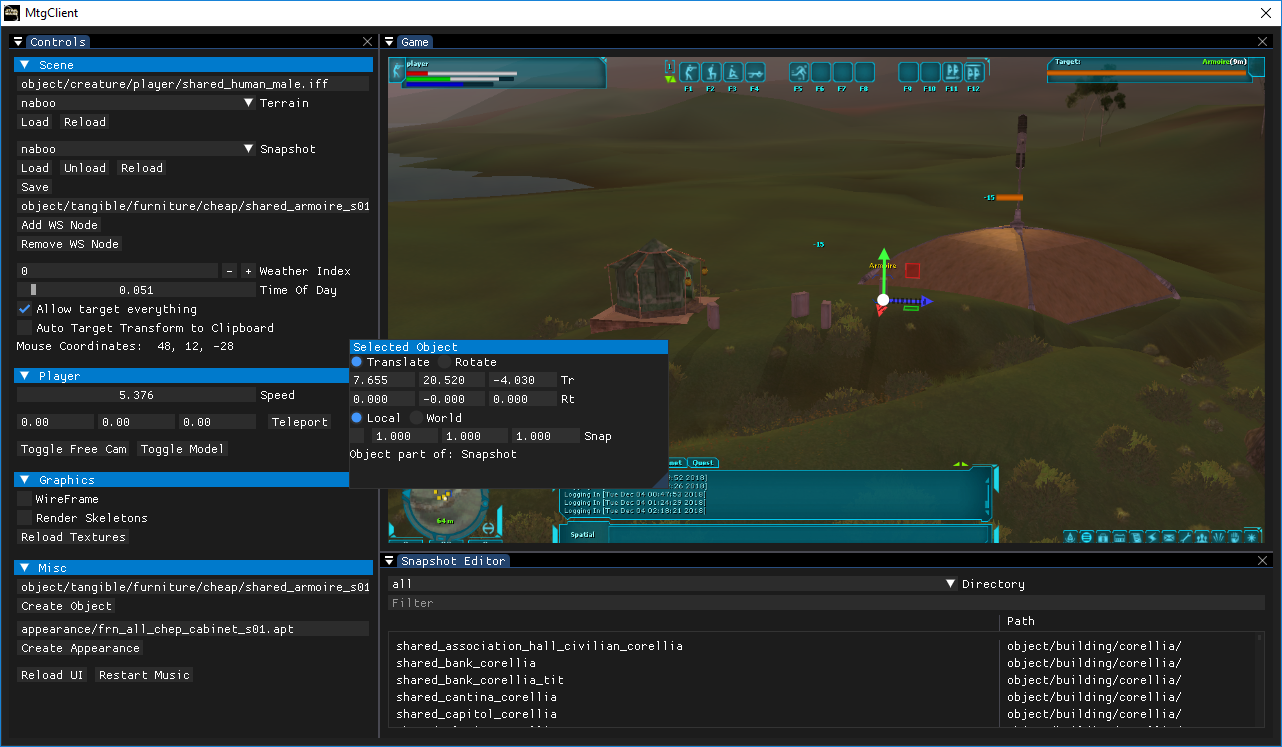 Installation
Simply extract the attached folder anywhere you'd like and run the tjtLauncher.exe, nothing else needs to be done, any of the files or the folder itself do not need to be in any SWG directory.


Known Issues
There are more issues, but these are the obvious ones. Please report any crashes, bugs or issues with as much info as you can provide so I can try my best to fix them as soon as possible!


Credits
Sytner - For the superior maffs in times of need.
Uli - When memory is in doubt, MTGUli is here to help out.
Borrie BoBaka, mezzanine, Halyn & algebuckina - My testing troop, couldn't have done it with out them, especially mezzanine.
Everyone at MTG - Who keep me company as I'm pulling my hair out and keeping my spirits up.
Everyone else in the scene for keeping SWG alive!
Special shoutout to Miztah's long lost Christmas tree that went without a home due to TJT and other things. May you be found in the near future.

Yay I helped somehow, I don't know how or what but yay I helped
T

Can drop the following but once dropped cannot select again for moving or deleting:

Having some issues getting it to load. I can see that its trying to load but it will crash and give no error. Selected client ect. Something I'm missing?

TJT renders the object which, when used in a screenplay, fails

There are quite a lot of these, I don't understand the reasons, but that's because I'm not too bright
object/static/worldbuilding/vehicles/lambda_shuttle_static_destroyed.iff
sits beautifully where placed in the snapshot (not checked if it crashes when saved in a TRE)
spawnSceneObject, however, fails on the appearance
Template not found appearance/appearance/pt_smoke_large.prt(5609 s) [TemplateManager] ERROR - ArrayIndexOutOfBoundsException at 0
ArrayIndexOutOfBoundsException at 0

I realise that this is TJT working, whilst the server does not, but that's why I want to understand. Help me MTG, you're my only hope.
T

Timbab said:
Upon running it for the first time, you will be asked to select your SWG client, after that you'll be good to go. Currently, the only option to run TJT is to use the provided launcher
Click to expand...

Sorry, I'm dumb. What file am I supposed to choose? Should it point to itself? (tjtLauncher.exe). I'm assuming not because that just starts hundreds of processes that does nothing...

TFM said:
Sorry, I'm dumb. What file am I supposed to choose? Should it point to itself? (tjtLauncher.exe). I'm assuming not because that just starts hundreds of processes that does nothing...
Click to expand...